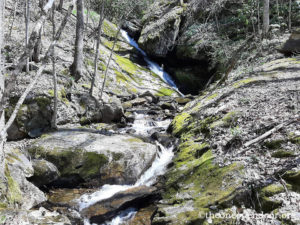 There is an unavoidable jargon that I use when describing how the mind works and how we cause ourselves to suffer. Recently someone participating in the virtual meditation group (https://www.theoneopendoor.org/virtual-meditation-groups/ ) asked for some definitions in order to more easily track what is being said. They are below. Let me know (djmckay429@gmail.com) if clarifications are needed or if I’ve left anything out.

In the western part of the world, generally, the word “ego” is used to name the autonomous “self” that supposedly resides at the center of all our experience. There is an assumption embedded in this point of view that says we are each a separate and autonomous individual, with an independent will and a power to assert that will both inside and outside of us. There is an “I” who can be improved, and there is a world that “I” can manage to the point where “I” can be happy.

This is an illusion. In the east, and particularly in Buddhism, there is the understanding that no real and autonomous entity exists apart from Life—from the intelligence that animates all we experience and all we perceive. (See below for more about what is meant by “Life”). There is no real separation, only a mirage, backed by the assumptions embedded deeply in our culture. “Ego”, in my use of that word, is a name for this illusion of separation.

I use other names for this illusion as well. Each emphasizes a different aspect of the illusion and the way it manifests. The word “ego” underlines it’s selfish, self-centered nature. The word “conditioning” suggests the process by which we are trained as children to believe in the illusion. “Conditioned mind” implies that the illusion is a mental construct created by thought and built using the social assumptions we are required to accept growing up. My teacher called it “egocentric, karmic conditioning”. The word “karmic” suggests the momentum of “unconsciousness” (this word indicates the absence of awareness that “I” is an illusion) that is rolling through time, generation to generation, being passed from one human to the next.

“Suffering” is something of a technical word. In the Buddhist sense, to “suffer” is to believe in the illusion of a “self”, an ego, that is separate from Life. Suffering in this sense is not the same as pain. A person can be in pain without suffering—without relating to pain through conditioned mind. It is also not the same as enduring hardship. The way I use the word “suffer” is more subtle than that. To suffer is to be a fictional self who lives in a fictional world. That world may be filled with miserable, unhappy things, or there may be pleasure and excitement in it, but if a person believes in the reality of the “self” their experience is happening to, then they are suffering.

Within the illusion created and maintained by conditioned mind, there is not just one illusory self, but many. We each have a collection of these selves, these identities, that we assume to be “me”. These identities (or aspects of the personality, or “sub-personalities”) come and go in response to our circumstances. When we are unconscious—when we are not aware of the processes happening in our minds—then we go from one identity to another without realizing it, all the time assuming each one is “me”. To be conscious of identity is, with work, to gain the power to choose who we will be in any given circumstance, and to remain aware of the authentic nature that lies as the foundation of all our experience.

As explained above, we are not the fictional “self” we were taught to believe in over the course of our social conditioning. Fundamentally we are not our various identities. We have an authentic nature: there is something real and true that we are in our essence. This real and true thing is not the same as our personality, and it is not a “self”; it lies deeper than that. Our authentic nature is Life manifesting in human form. When we are aligned with our authentic nature we naturally experience love, connection, generosity, abundance, peace, compassion, and joy. This is the case even in the presence of challenging circumstances that cause difficult feelings to arise.

A “belief”, in the way I use this word, is a set of assumptions that have not been examined. Beliefs are constructed out of thoughts, out of ideas and concepts, and as such contain no reality. Thoughts/ideas/concepts are symbols that represent our experience of what is; to believe something is to forget that fact and to assume that thoughts are true things in themselves. A belief is a structure within conditioned mind. It is not necessary to believe anything. Instead, we have the capacity to be present with what is and to directly perceive what is—or at least our subjective experience of what is—without overlaying our experience with unexamined assumptions about what we are experiencing and what everything means.

Our “self-talk” is the continual stream of thought that creates the illusion of a “self”. When we are not aware of our thoughts—when we are not consciously thinking—then our “thoughts” are inevitably generated within conditioned mind. Our self-talk is conditioned mind talking to us, in other words. As such our self-talk has as it’s agenda to create and maintain the beliefs we were taught as children, and to keep us trying and failing to be the person we believe we should be.

We “project” our inner experience onto our outer world. We tend to look at the world through the filter of the beliefs we inherited as a part of our socialization, and see what we assume to be there instead of what actually is. Practice teaches us to own our projections; to acknowledge that we have only our subjective experience and that we see things as we see them because we are looking at the world through human eyes.

To “disidentify” is to let go of an identity. When we become aware that we are identified with an aspect of the personality, this awareness grants us the power to step back into a place of greater consciousness. I use the word “center” to indicate this state of greater consciousness, in which we are present, free from conditioned mind, and aligned with our authentic nature. When we are at center we experience clarity, compassion, and ease.